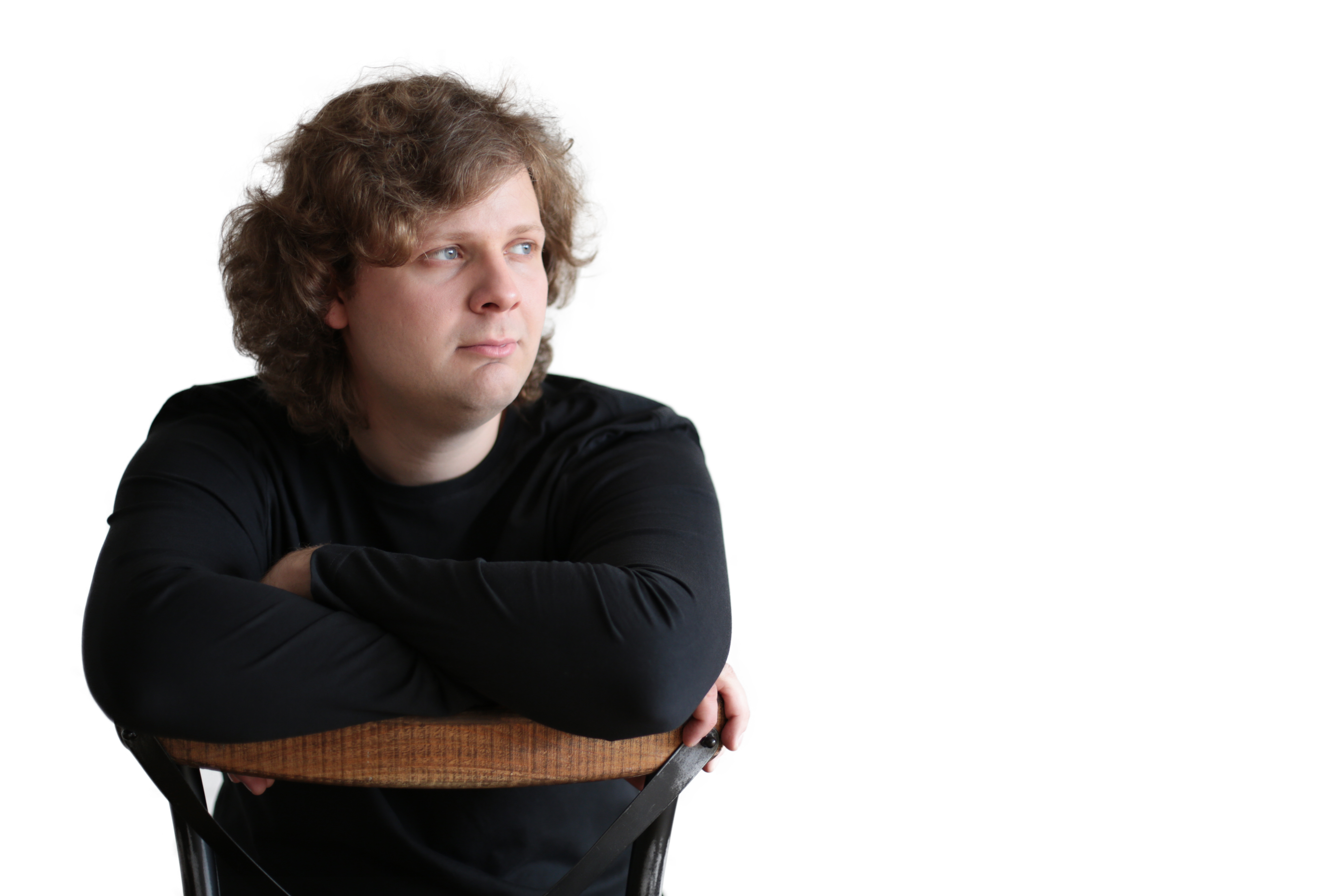 “You have nothing yet to learn about the cello.  You have successfully mastered it”

Fedor Amosov is an exceptionally talented Russian cellist, composer and sound engineer who is fast becoming known worldwide. Born on March 27, 1988 into a musical family in Moscow, he started playing the cello at the age of six and was accepted as a student at Moscow Conservatory’s Central Music College. His first public performance took place when he was seven years old. Since then he has been performing regularly as a soloist and recitalist in Russia, throughout Europe, Japan, the United States, and elsewhere. He has appeared as a soloist with symphony orchestras and in many major halls in Russia, Asia, Europe, and the United States.
Early on his talent drew the attention of many masters of the cello.  This provided Fedor the extremely rare opportunity to study with world renowned master, Mstislav Rostropovich, Suren Bagratuni, Stephen Geber, Natalia Gutman, Lev Evgrafov, Dmitri Yablonsky, and David Geringas.  Working with these exceptional instrumentalists led to Fedor’s rapid growth as a top level musician, resulting in spectacular success at many of the most prestigious international competitions.
Fedor’s hard work was apparent when he was awarded the First Prize in the Concertino Prague 38th International Competition, with a Special Prize for the best performance of Sonata No.3 by Martinu; in the Fifth International Youth Tchaikovsky Competition in Japan (Kurashiki), the All-Russian Cello Competition “The Magic Bow” (Grand Prix, 2003); and the International Knushevitsky Cello Competition (2007). In the United States he triumphed by taking First Prize at the WAMSO and Corpus Christi International Competitions, performing  concerts with the Corpus Christi and Minnesota orchestras (2009) in addition to several recitals. In 2O15 Fedor recieved a special prize for J. Haydn concerto performance at XV Tchaikovsky Competition and also a Diploma as the best performer of the Second Round.
Fedor’s rapid growth and critical acclaim, along with his many competition successes, lead to his being invited to perform several recitals.  He is a regular participant in music festivals including the Colmar Music Festival, Aspen International Festival, Telavi International Festival (Telavi, Georgia), Vivacello International Cello Festival (Moscow, Russia), To The Memory of Oleg Kagan (Moscow, Russia ), Rachlin’s Seasons (Kazan, Russia), The Green Noise (Surgut, Russia), Monrepos Nights Festival (Wiborg, Russia) and the Qabala International festival (Qabala, Azerbaijan).

Since 2015 Fedor is a soloist at Moscow Philarmony’s prestigious program  – Stars of the XXI Century. He is also a soloist of Saint Petersburg’ House of Music, where he participated in such concert series as: Masterous Embassy, Young Performers of Russia, The Generation Next, Music of Stars.
His first CD was released on the Naxos label in 2010 with the program of “Six Sonatas of Luigi Boccherini for Cello and Basso Continuo” arranged for cello and piano by Alfredo Piatti. The CD received fine reviews…. “I started listening fully expecting to disapprove, but almost immediately I was won over by the sheer musicianship of both the arrangements and the performances.  I had not heard of Fedor Amosov before. He studied with an array of fellow-Russian cellists, including Rostropovich, and has won several competitions. He plays with great panache, delicacy when that is called for, and has an enviable range of tone colors. Above all he is responsive to the sheer charm and melodious qualities of the music” – writes John Sheppard, from MusicWeb International.
The second Cd Fedor releases is the “Russian Cello”, on the Bel Air Music label with the music of Alexander Glazunov and Ivan Sokolov. After that he returned back to baroque music and released his own arrangement of Jean-Baptiste Bréval’s “Six Sonatas op.12” for Cello and Piano on the Centaur Records label – ” Amosov has done us a service in recording these attractive pieces. He tells us that they were written originally with basso continuo lines, and he has arranged them for piano. They are thoroughly convincing this way. They should be, since they were written in the middle of the classical era when the piano was in and the harpsichord was fast disappearing. They are virtuoso pieces in three movements with a good deal of variety and make very pleasant listening, especially handled with the kind of effortless brilliance shown by Amosov. As a Russian cellist, he doesn’t go for the nonvibrato technique but he is obviously having such fun that he disarms criticism from the early-music standpoint.” – David W Moore, The American Record Guide.

In March 2014 Fedor released his fourth album, Reveries devoted to the encore pieces and children`s music. The last album as of today is another Fedor’s world premiere recording – Complete Set (Six Sonatas) by Jean Balthasar Tricklir.

As a sound engineer and producer in 2014-2015 Fedor will be presented on Compact Disks published by Grand Piano (Premium Label of Naxos) , Centaur Records and Divine Records. Mr. Amosov is also published as composer and arranger by Wiltshire Music Company and Ovation Press.

Mr. Amosov not only a performer, composer and sound engineer, but also a conductor. His first performance took place in 2012, since than he conducts regularly chamber and symphonic orchestras.

Fedor’s Diplomas include ones from the most prestigious schools. He received his Performance Diploma from Michigan State University in 2010 and his Master of Music from the Cleveland Institute of Music in 2012. At 2014 Fedor became an Assistant in Natalia Gutman’s studio at Moscow Conservatory.